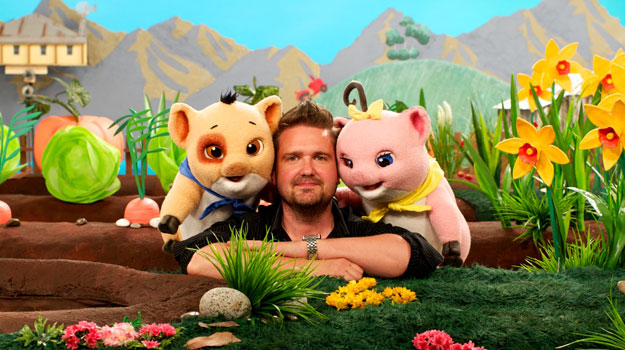 Aaron D’Arcy has been composing music since the day his musician father eagerly thrust a guitar into his hands at the age of seven. Fast-forward to today and Aaron has added keyboards, drums, harmonica, mandolin, bass, banjo and a clutch of instruments with strange sounds and even stranger names.

This multi instrumentalism and a professional qualification in sound engineering/music programming has led Aaron D’Arcy to become one of Australia’s most innovative composers for documentaries and television.

Aaron’s long list of credentials include composing the soundtrack for the series ‘Lonely Planet: Roads Less Travelled’. The series was shot in thirteen countries and required a soundtrack of incredible diversity for each location Ethiopian, Spanish, Cambodian, Israeli and Kazakhstani to name but a few. Aaron also co-composed the theme tune for the show broadcast by National Geographic Channel and distributed globally by BBC Worldwide.

Aarons sound engineering credentials are just as impressive having slid the faders for Little River Band, Peter Cupples and dozens of Melbourne bands. And what does Aaron D’Arcy like to do when he’s not composing? Play in his own rock band Speed Orange of course!

“You can tell D’Arcy you need a Croatian folk song or a hardcore techno groove, it doesn’t matter, if he doesn’t know it he’ll research it, record it, and spit you out three versions.”
Tony Jackson, Executive Producer – Lonely Planet Television

“Aaron is a great composer but he’s also quick, which can be a godsend on a tight turnaround”
Rob Peile – Executive Producer – Australian Fishing Championships.

WATCH Jeanie You'll Be With Me Till I Die