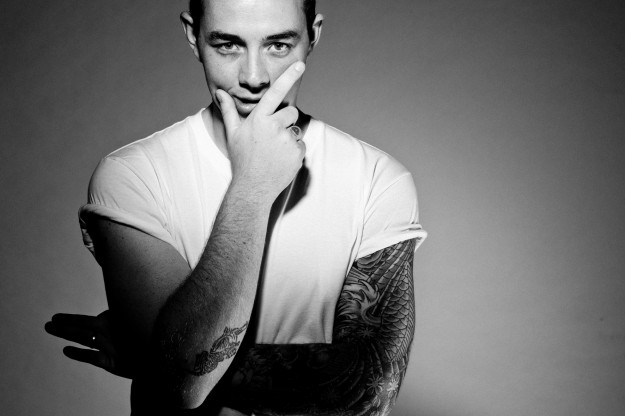 Boy in a Box

It takes a certain kind of four-year-old to dedicate every single Sunday, from wake until sleep, to listening to the Beach Boys on repeat. Some would say a wildly precocious or even (but don’t quote us) mildly freakish one. Tobias “Tij” Priddle, the 23-year-old behind the glistening riot-pop anthems of Boy In A Box, was that kid.

Years later, a move to Melbourne would see him expand on a musical obsession that had gripped him since high school – the clattering hooks of the UK punk era and the everyman stance of Americana, as well as elements of early soul and grainy FM pop – to inform the heart of Boy In A Box. The Clash is in there, as is Springsteen and even hints of a young Midnight Oil. “Right now I’m stuck on the seventies,” Tij considers of his influences. “As well as Nina Simone and Frank Sinatra.”

There were, of course, bands and bedroom projects that came before Boy In A Box’s inception, but those became irrelevant when Tij’s father passed away at the beginning of 2010 and Tij gave up on making music altogether. “I was kind of like, ‘Oh, f**k, I have to do something, I have to make a change,'” Tij explains. “He always said to me, ‘Do whatever you want and, if something’s not working, don’t do it.’ And being in bands didn’t feel like it was working.”

Instead, Tij decided to follow in his dad’s footsteps and build recording studios. Grabbing work for the man who would eventually coerce him back to the mic and become his manager, Tij put his hands to work, pushing thoughts of ever again performing to the side.

His guitar, however, wouldn’t leave him alone, and a bit of serendipity stepped in when, on the job, Tij’s boss told him he was looking for a song to feature in the 2010 Blue September campaign, aimed at raising awareness of cancer in men. “So I’m like, ‘Well, I wrote this song at home last night, do you want to hear that?'” Tij shrugs. “And a week later I was thrown into the studio and it was like, ‘Oh no, it’s happening again!'”

WATCH Boy In A Box On My Mind

WATCH Boy In A Box Moon Comes Up