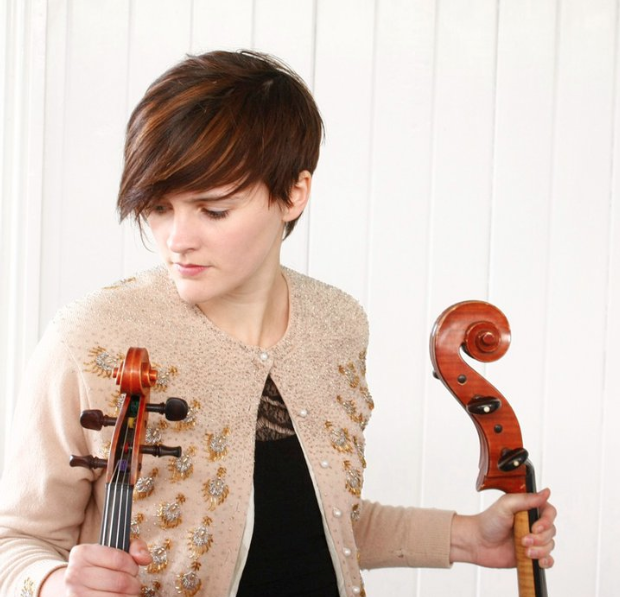 Claire is a composer and performer based in Auckland. She studied composition at Auckland University and since graduating with Honours in 2006, has pursued a career in music for concert, film and theatre. Claire is an experienced orchestrator and symphonic writer, having worked with many of New Zealand’s leading orchestras. In 2008 and 2010, Claire was the youngest composer to be featured in the NZSO’s annual Made in NZ concert.

Claire’s music has been performed by soloists and ensembles throughout the USA, New Zealand, Europe, Japan and Australia. Her film music has been heard in the New Zealand International Film Festival and many overseas festivals. She recently completed orchestrations for ‘The Adults’ live in performance with the Christchurch Symphony orchestra in June.

In 2008 Claire relocated to Brooklyn, NY, where she spent time working in the underground Puppet scene. Her collaborations led to a musical score for ‘EGO’ Puppet show at HERE centre for the arts, and a subsequent filmscore for the beautifully crafted ‘Moonfishing’ directed by David Michael Friend and produced by Heather Henson. www.moonfishing.com

In 2011, Claire collaborated on scores for Red leap theatre, the Auckland Theatre company, and for THREAD Theatre’s debut production of ‘The Keepers’. The production was awarded Metro’s ‘Best of 2011’ for Absurd Physical Theatre, with her performance being reviewed as ‘among the best theatrical scores i’ve heard.’- NZ Herald. Claire’s TV Scoring credits include “What Really Happened: Waitangi”, “Billy” and “What Really Happened: The Women’s Vote”. Her commercial clients include Sealord, Saatchi & Saatchi, State Insurance, and Air New Zealand.

Claire has performed with STRIKE percussion at the opening and closing of the Rugby World Cup. In 2012 she toured to Perth and Sydney as a band member of ‘Carnival of Souls’ – live live cinema. She also occasionally performs in the alt-country band TOAD. www.myspace.com/toadnation

Her own performance project, ‘The Blackbird Ensemble’ (25 piece orchestra) performed to sell out crowds in 2010 and 2011 and are planning to Tour NZ with two concerts devoted to the works of Arvo Pårt, Philip Glass, Nick Cave and Bjork among others. www.facebook.com/blackbirdensemble