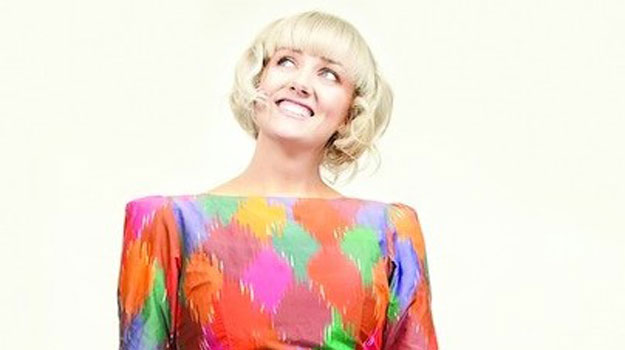 Uplifting as it is, there are ghosts of childhood bike rides and sun-faded suburban scenes haunting the Polaroid-pop of Melbourne newcomer Emmy Bryce.

It might be the hint in Emmy’s rhythms and phrasings of formative years spent watching early ’90s alt-pop stars on Saturday morning television. Or that the songs which make up Emmy’s imminent self-titled EP release were recorded amongst strung-up bed sheets and mattresses in the lounge room of her 1930s-built house.

It could simply be that there are few Australian songwriters making meaningful yet wilfully light-filled music.

With its minimal percussion opening out to forlorn woodwind and a bedroom-dancing chorus, the EP’s first single ‘Every Star Is A Setting Sun For Someone’ has already introduced Emmy as a young songwriter of tomorrow.

It isn’t difficult to pinpoint where Emmy’s talent for songwriting began. At just 13 she was layering piano and harmonies onto cassettes using her parents’ duel-deck tape player. Her older brother would listen in as she switched and labelled the numerous tapes in order not to lose her place, piecing together her compositions.

It’s the reverence for classical pop forms created with less than common instrumentation and real but measured emotion that have made a vocal fan of indie-pop maestro and Triple J Hottest 100 poll-topper Gotye. Former Frente! frontwoman and celebrated solo songwriter Angie Hart has become an unofficial mentor, no doubt also bonding with Emmy over her desire to seek out the positive in her lyrics. Contemporaries, should any need to be named, are found in Feist and Regina Spektor.

“I’m probably not so ‘Oh woe is me.’ I’m a very positive person and I like to put things out there that aren’t all about me all the time,” Emmy says of her songs. “I do have ballads and I have had my heart broken with the best of them, but I like writing songs that make people happy. That’s the connection I’d like to make.”