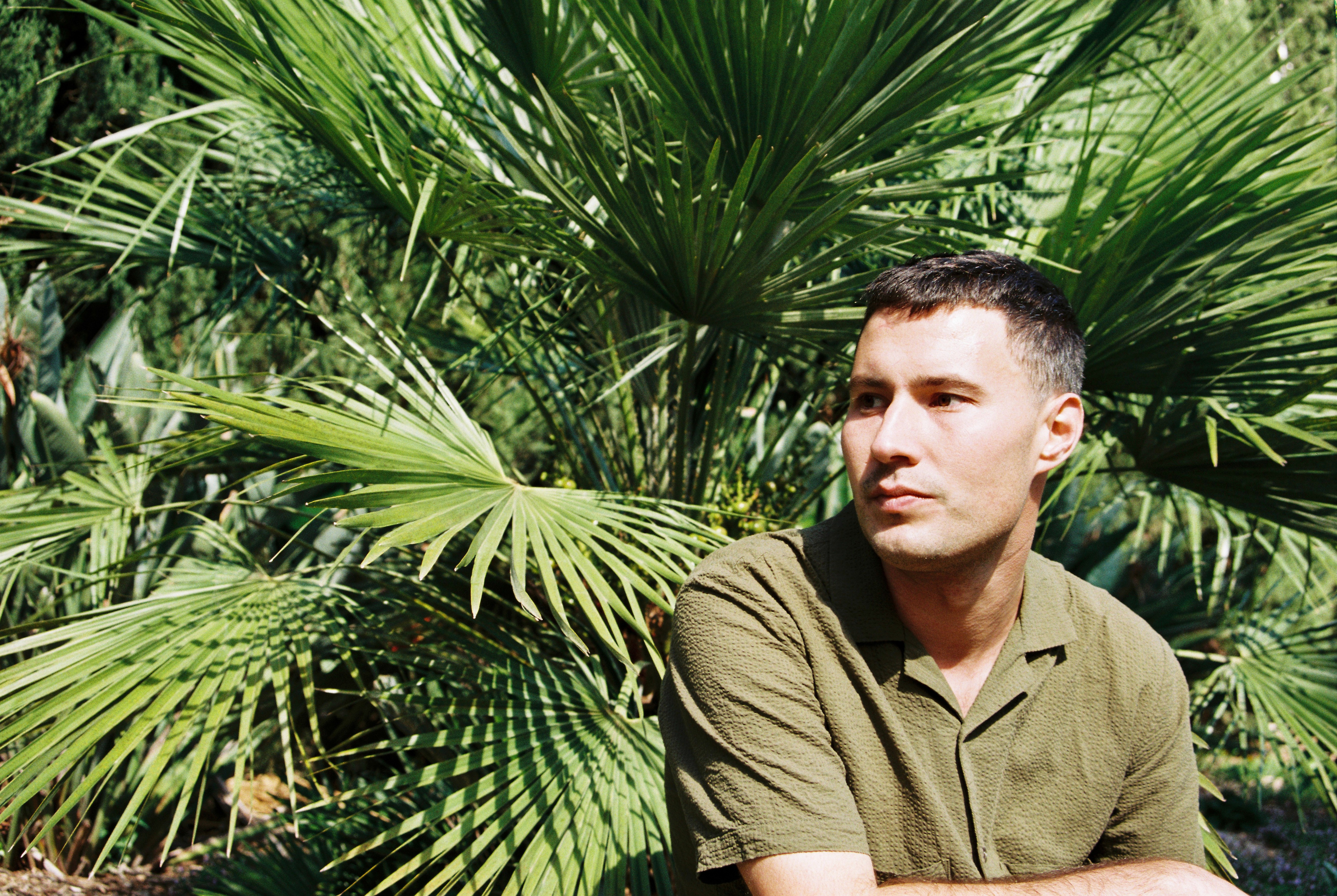 What comes next? What’s over the horizon? Ex-Olympian is the new musical vessel for Liam McGorry, songwriter & musician for bands such as Saskwatch and Dorsal Fins.

Named after the neon sign that adorns ‘Borsari’s Corner’ in Melbourne’s Lygon St, Ex-Olympian also reflects those times we all need to shift things forward into a new phase. Musically, things are shifting gears too. Debut single ‘Voices in My Head’ is the A side of a new 7” record out Friday July 31st, in a partnership between two Melbourne icons: Northside Records & Remote Control Records. It’s also Liam’s vocal debut.

VIMH is a cinematic, skittish song about scrambling to reconcile the many voices of today’s world in your head… about trying to find yourself amongst a mess of self doubt, social media envy and climate anxiety. It’s disco-tinged ‘B Side’’ Lilac Youth’ is a meditation on the dangers of losing yourself to nostalgia and ego, on focusing on past glories. The song (co-written and sung by former Saskwatch bandmate Nkechi Anele) is a nice soulful moment, where past and present align together.

Dream Funk is the official moniker for Liam’s music (as coined by Northside Records’ head-honcho Chris Gill). With a focus on soaring melodies and lush arrangements, it takes cues from the music of heroes Reneé Geyer, The Avalanches, Arthur Verocai and Badbadnotgood. Recorded with a raft of pals back in 2017 with Cal Barter at the wheel, it was then handed to fellow friend and confidant Haima Marriott, who mixed and co-produced the songs with Liam.

Native Tongue is thrilled to finally announce the signing of songwriter Liam McGorry.

A prolific songwriter and musician who was the driving force behind bands such as Saskwatch and Dorsal Fins, McGorry has recently announced his new musical vessel Ex-Olympian.

Named after the neon sign that adorns Borsari’s Corner in Melbourne’s Lygon St, Ex-Olympian also reflects those times we all need to shift things forward into a new phase.

In partnership with two Melbourne icons Northside Records & Remote Control Records, Ex-Olympian’s debut release is a new 7” record that features ‘Voices in My Head’ and ‘Lilac Youth’. With a focus on soaring melodies and lush arrangements, Ex-Olympian’s dream funk music takes cues from the music of heroes Reneé Geyer, The Avalanches, Arthur Verocai and Badbadnotgood.

“It’s a real honour to sign with Native Tongue. Matt and Jaime et al have been incredibly positive and supportive to my songwriting over the last few years, and also on building my songwriting future, to be joining such a talented and extensive local lineup is really exciting,” says Liam McGorry.

“We’ve been a fan of Liam’s songwriting and production for a number of years, so we absolutely jumped at the opportunity to work with him. His touchstones are the freshest, and he digs deep to create. Liam is an inspiring creative to be involved with,” explains Native Tongue’s Head of Creative Services Matt Tanner.

‘Voices in My Head’ and ‘Lilac Youth’ are out now and available on Spotify.

WATCH Ex-Olympian Voices in My Head