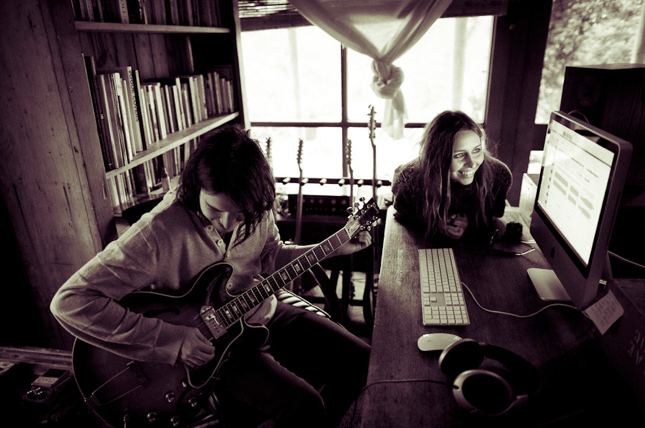 Fuzz Phantoms are a 2-piece band from Melbourne, Darren Cordeux on Vocals and guitar and Tahlia Shaw plays drums/percussion. The genesis of the band came together when Shaw and Cordeux started jamming together regularly and realized they meshed well together musically and started to write songs.

After many early mornings, after lunch and late night jam sessions they decided to write an album inspired by their love for alternative pop music. Darren decided that after making a bunch of records with producers from all over the world, he was going to try his hand at producing, engineering and mixing the debut album himself. To do this they asked their friends, family and fans to donate to on Kickstarter.com where they successfully raised enough money to build a small home studio.

“It was important for us to have creative control over what we were doing, from the songwriting to the recording to the artwork to the way we communicated our message. We don’t have a record label or a manager, everything we do we do ourselves from our home with the help of some friends and fans. We think it’s important to engage directly with the people that appreciate our music because they’re just as much a part of this process as we are”.