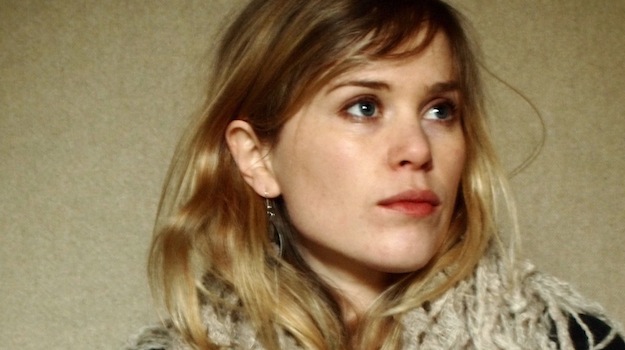 Born to an American mother and Kiwi father, Jess spent her childhood in thedusty Californian town of Quartz Hill. She grew up singing in Pentecostal’Happy Clappy’ church choirs before finding her own voice at the age of fifteenwhen she wrote her first song- a sad love song with only two chords. Her voiceand melancholic compositions have enchanted audiences ever since.

Jess plays heartmusic: vignettes of emotions and scenes, elevated to art by a haunting andintimate voice and lush alt-county influenced instrumentation. Her sophomorealbum ‘Desire’ released September 26th 2011 is an ode to love and toabsence, transporting the listener to a hushed and intimate room where storiesare told.

The album reveals anartist in her prime, knowing exactly what she wants. Its unhurried and at ease:everything is in its right place. There is simplicity and a sparseness: nothingthat is not needed.

Music writer GrahamReid wrote of the album “These are emotionally affecting songs made morepowerful by their vocal and musical understatement. The instrumentation isspare throughout, the songs have dark corners but a strong thread of empathy”.

Her voice iseffortless and pure, reaching high and strong and dropping to a husky whisper.Its storytelling is accompanied by a rich soundscape of guitars and strings,setting the album in the vicinity of alt/folk writers Gillian Welch and NeilYoung.

It is a worthysuccessor to Jess’ acclaimed previous work. After ﬁrst making her name in theelectronic scene through collaborations with Rhian Sheehan, Module, and TheUpbeats, Jess’ debut solo album ‘Jess Chambers and the Fireﬂy Orchestra’ (2008)was a return to the folk music she closely identiﬁes with. The album has adreamy quality: the emotional intensity and honesty of the lyricscounterbalanced by the sweetness of the songs and taonga puoro (ﬂute).Reviewers aptly described it as “sweet, soothing music from a rising younglocal talent” (NZ Herald) and “a splendidly lyrical and hauntingpiece of work” (Salient). The delicate anthem ‘Island’ which was used asthe soundtrack behind the NZ Green Party’s 2008 election campaign went on to benominated for the prestigious New Zealand song award ‘The APRA Silver Scroll’.

Jess’ collaborationwith a host of New Zealand’s most respected independent musicians in ‘TheWoolshed Sessions’ (2008) was similarly well-received by audiences andreviewers alike. Shows sold-out nationwide, and Jess’s almost-pop contributionswere described as having “irresistible choruses that belie the heartachelurking in the lyrics” by the well-known music journalist and critic NickBollinger. ‘Stringing me along’ from ‘The Woolshed Sessions’ album won the APRA’Best NZ Country Song’ award in 2009.

Jess’ live show isknown for its intimacy. Her (2009) WOMAD performance was described by NZMusician magazine as “stunning… receiving standing ovations from theaudience- A response that alludes towards a very, very bright future for thisinfectiously irrepressible young singer.”.

Jess Chambers and the FireFly Orchestra