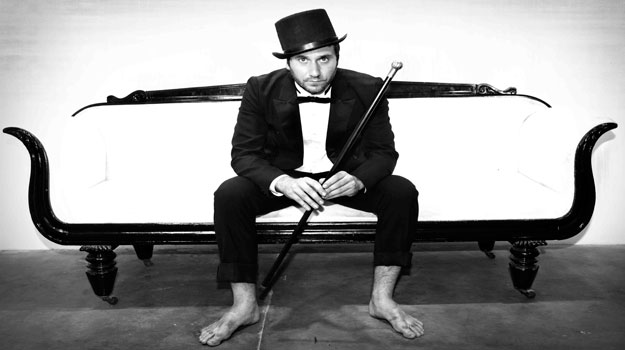 Speaking to the sinner and the heartbroken in all of us, Jim Bianco has sifted through the filth and wreckage in his heart and put it to music on his new record, “LOUDMOUTH”. And as always, he’s done it in a way that makes women want to simultaneously sleep with him and slap him in the face; and men want to pick a fight and sing along.

Well-known for his live performances, Bianco has toured with artists such as Imogen Heap, Butch Walker, Concrete Blonde and Loudon Wainwright III. He’s performed on the “Late Late Show with Craig Ferguson,” NPR’s “Mountain Stage” and has been known as the miscreant of the legendary Hotel Café tour since it’s inception.

Bianco’s music has most recently been featured on HBO’s “True Blood.” Bianco currently appears in “Sing, The Hotel Café Tour”, a documentary titled after Bianco’s last record, where he can be seen sporting a mohawk, badmouthing his friends and making out with Butch Walker. “Sing, The Hotel Café Tour” is currently airing on the Documentary Channel.

The songs on LOUDMOUTH explore the reckless depths of a troublemaker, the devastation of a broken heart, the irony of being in love with someone who treats you like shit and the whimsical inclinations of a temporary secretary who dreams of being an elevator operator. 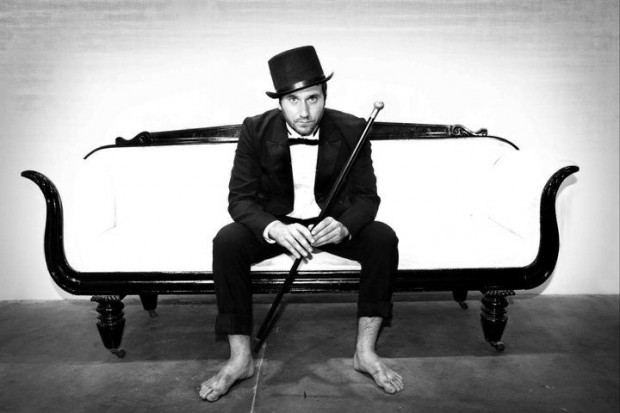 Jim Bianco is a Brooklyn born/L.A. based singer/songwriter/producer and… writer/actor & silent filmmaker – a jack of all trades really. Musically, this gravel-voiced troubadour is renowned for his super-charged performances and storytelling (with a comedic twist), and is often mentioned in the same breath as Elvis Costello, Tom Waits & Leonard Cohen.

Fresh from his recent stint at South x Southwest, Jim has taken to the road on an extensive tour around the world in support of his 3rd U.S. studio album, LOUDMOUTH. June 2011 sees the Americana songsmith land in Australia as support to Joshua Radin on his ‘The Rock and The Tide Tour’.

WATCH Jim Bianco Best That You Can Do