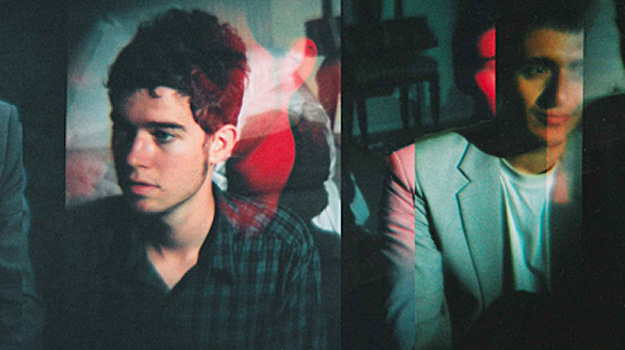 Tall cousins Kishore Ryan (Seagull, Otouto) and Kieran Ryan form the melted, subverted, deconstructed troubadour duo Kid Sam. They make songs that traverse themes of violence, romance and the politics of the everyday, distilling the history of intelligent song writing within them. Kieran’s fluid and gritty guitar playing is the vehicle for songs that are remarkably well crafted and timeless. The drums are constantly reassessing their shape as Kieran’s rich vocals romance the listener. The result is subtle, subversive folk/rock’n’roll/pop.

However, what makes Kid Sam a genuine talent is simply that they make powerful, truly great songs.

Their debut LP was produced by Nick Huggins and is out now through new Melbourne indie collective Two Bright Lakes.

“This self-titled debut features exquisitely crafted numbers, delicate and considered in their composition yet intensely executed. It’s astounding that this is their debut.” Mess+Noise

“That Kieran infuses his songs with peculiar narratives that play out according to his own world view, is a handsome and absorbing rarity.” www.thevine.com.au

“It’s an absorbing and enjoyable introduction to the dynamic style and range of the band’s work, moving through gentle, affecting acoustic melodies to more menacing percussive displays and thoughtful, heart-felt lyricism.”
Triple R