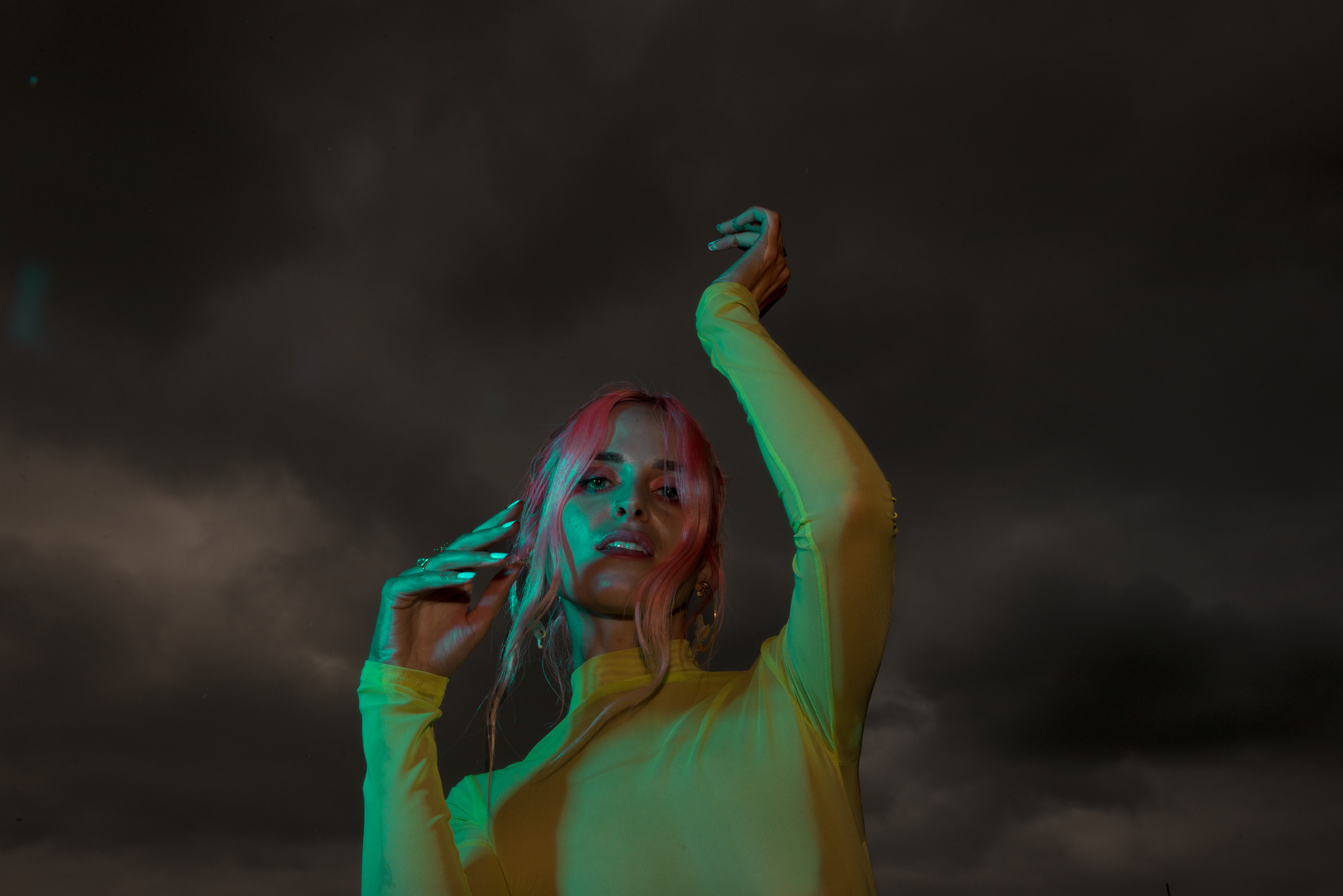 Kyla La Grange’s third album, While Your Heart’s Still Beating, is an unflinching coming-of-age confessional that explores the tension between youth and adulthood for a generation stuck in suspended adolescence. With extraordinary dexterity, La Grange has created a piece of work that feels epic in scope and subject matter with a startlingly raw, unflinching intimacy at its core, and emerges as her most accomplished songwriting yet.

Sonically, While Your Heart’s Still Beating melds electronics seamlessly with organic textures: mournful electric guitars weave through analog synths and drum machines, creating a tapestry of sound that feels nostalgic and modern simultaneously. La Grange produced and recorded the tracks in Hackney with Liam Howe (FKA Twigs, Lana del Rey), long-time bandmate Alessio Ippolito and Cornwall with Mr BJ Jackson. She still writes almost everything at home alone in a small box room, where she feels most comfortable. La Grange’s exceptional ability to articulate nuance and ambivalence is showcased by lyrics that flip from self-excoriating to belligerent, and her willingness to delve into subjects like her childhood, her connection with her parents and her past relationships demonstrates her no-holds-barred approach to songwriting. The result is a stark honesty that is rarely seen in pop music.

La Grange first started writing songs in her bedroom at fifteen before venturing out into the open mic circuit in her hometown of Watford. After graduating with a degree in philosophy from Cambridge University, she continued to play acoustic gigs around Cambridge, London and Watford while recording demos in studio downtime with producers she met on the live circuit. Between part-time jobs, she messaged record execs, managers and promoters on Myspace and found a home for her pop-folk/indie-rock playing London’s Communion and Chess Club nights, going on to release four singles through Chess Club, including fan favourite Vampire Smile.

While Your Heart's Still Beating