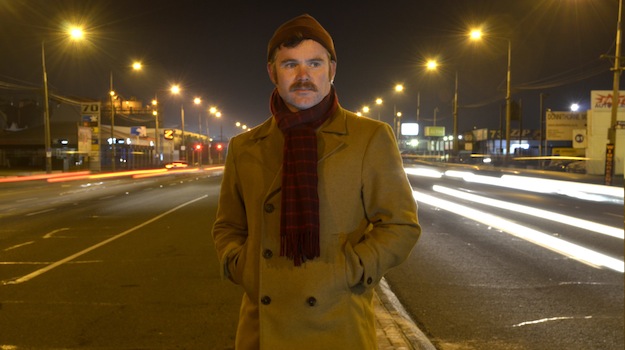 Lyttelton based NZ musician Lindon Puffin first rose to national prominence in the late 90’s as frontman & songwriter of glam rock group ‘The Puffins’. Touted by their parents as the next big thing, The Puffin’s toured relentlessly, receiving widespread student radio play, eventually topping the charts with a Roxy Music-esqe single called ‘Lighthouse’ before the group evaporated, leaving Lindon to take up a job as the RDU 98.5fm breakfast show host in 2000.

A couple of years later Puffin returned to the stage as a solo folk-punk act supporting international artists such as Tenacious D and Billy Bragg. He has released two solo albums to date, the last of which reached no. 22 in the NZ charts. He’s twice been awarded ‘Live Act Of The Year’ (04 & 07) and in 2005 he produced a hilarious feature length music-touring movie called ‘Figure 8000’ that screened extensively on both NZ Music TV, Rialto Cinema’s and Sky TV’s Documentary Channel.

2008 saw him undertake a comprehensive world tour of 12 countries & 36 cities cementing his reputation as one of NZ’s hardest working independent self managed musicians.

Puffin has just finished a highly successful fundraising tour of NZ as a member of Lyttelton music folk collective The Harbour Union featuring Delaney Davidson and members of The Unfaithful Ways and The Eastern. They performed at this year’s Silver Scrolls and their self-titled album recently reached no. 18 in the charts with all proceeds going to charity