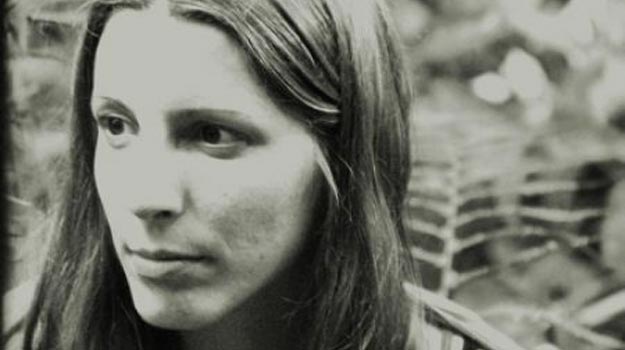 Martha Tilston is a captivating performer, an enchanting singer-songwriter blessed with a gloriously clear and seductively beautiful voice. Weaving her magic spell over listeners wherever she plays – from the concert hall to the campfire, from folk clubs to main festival stages – she is a rare gem who has the power to draw an audience into her world and create an intimate space where her words and music dance and delight, leaving all those present with a smile, a warm feeling inside, and a few issues to ponder, too.

At the end of 2002 Martha went solo, her first outing supporting Damien Riceon a tour of Ireland. A lo-fi release, “Rolling”, mostly sold through word-of-mouth and at gigs, followed in 2003. Steadily gigging, and adored by an ever-growing fanbase, in early 2005, Martha released her first full-scale album, “Bimbling”, on her own label Squiggly – an enchanting and intimate selection of songs, the tracks interspersed with ambient soundscapesfrom summer music festivals. The whole project was funded by selling the original canvases she had painted to provide the artwork for the CD. In 2006, a free download album, “Ropeswing”, followed, the first to feature her backing band The Woods.

It was in 2007, though, with the critically acclaimed “Of Milkmaids & Architects”, that Martha began to come to the attention of a more mainstream audience, and in that year she was nominated for best new act at the BBC Folk Awards. The album included “Artificial”, a song that struck a chord with so many of her audience, telling of the frustrations of working in an office and dreaming of an escape route…

Since then, Martha has released an EP, “Till I Reach The Sea”(2008), appeared on “Woman’s Hour” and “Loose Ends”, been guest vocalist on the track “Pop Art Blue” which she contributed to Zero 7s latest album “Yeah Ghost”, toured Australia, and the UK, as well as headlining various prestigious Festivals, Martha also opened the Acoustic Stage at Glastonbury. Despite her main stage appearances, Martha continues to adore small, underground, alternative festivals where she will still no doubt be found playing unannounced sets around the campfire at three in the morning.

Machines of Love and Grace

Lucy and the Wolves