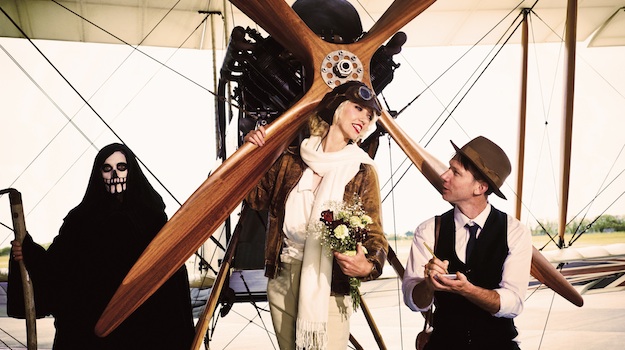 Hauling their indie-bastid-breakbeat action around the planet, rattling ribcages and teasing a fuzzy frenzy out of audiences, you’re more likely to have seen Minuit jiggalin’ hips in Berlin recently than their native New Zealand, as they toured far flung venues from St Petersburg to the Czech Republic, to storming The Crystal Method’s DJ night in Los Angeles. They’ve played alongside Adam Freeland, Stanton Warriors, Plump DJs, Ali B, and The Chemical Brothers, crunched hi-end PAs at Berlin MotorFM festivals, Czech industrial clubs, Finnish christmas parties… It’s also no small feat they were included on the ‘Future Sound of…’ compilation, alongside worldwide electronic heavy-hitters Bjork and DJ Krush representing New Zealand as the future sound of breaks and beats.

Still calling New Zealand home, Minuit are back in the country over summer to record a new album and will play with Concord Dawn and BBC DJ Zane Lowe for the Capital’s NYE waterfront warehouse bash – plus at Phat ’09 Festival on the night of the 1st to bring you lots of new goodies (as well as old favs, we’re sure!). Following their album release in UK this year, Ruth Carr has been asked to guest on several new tracks coming out in ’09. Bandmates Ryan Beehre and Paul Dodge deliver their breakbeat arsenal via shuddering basslines that make you feel you are made of steel, without losing sight of fantastic songs. So grab the chance to see firsthand what everyone else is about to find out.

Minuit have been getting radio play all over Europe, including XFM, 6 Music, BBC Radio 1, Annie Nightingale, MotorFM in Berlin and Radio 1, Prague. Call it what you like – you’ll be humming to Minuit before too long – if not moshing up the front. 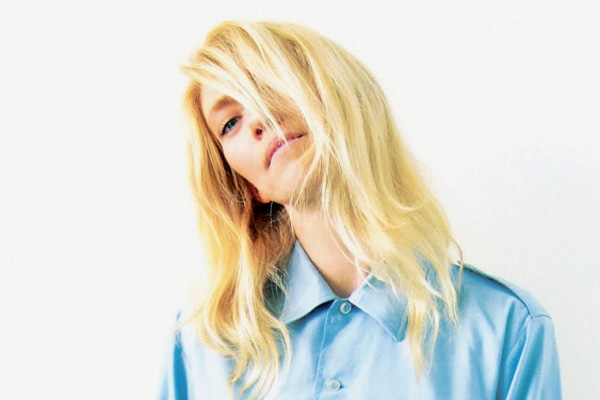 Ruth Carr, vocalist and writer for electro band Minuit, has released her first book, entitled “I Felt Like A Fight, Alright?” A collection of “one-liners, poems, lyrics and tales”, Carr’s book a small, compact volume brimming with ideas and humour.

Some of the words featured throughout the book will be familiar to fans of Minuit’s music, with handwritten origins of some of the band’s most memorable songs interspersed with unseen material. This book is a peek behind the scenes of Minuit’s music (or perhaps more like a direct line-of-sight into Carr’s brain).

“I Felt Like a Fight, Alright?” is available for purchase from selected bookstores, online from the Minuit online store and digitally from mebooks.co.nz.

The march of the Minuit 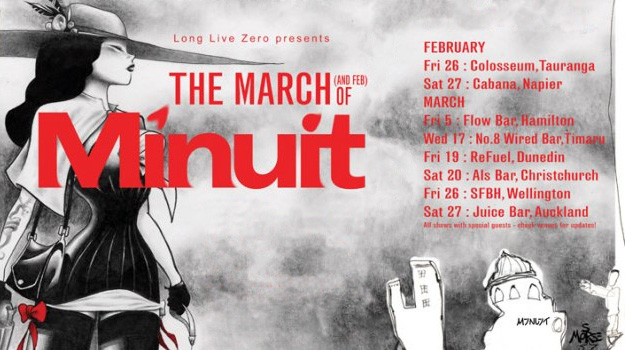 Following a blistering summer of festivals shows, Minuit are staying on the road with a monster set of tunes from their latest album Find Me Before I Die a Lonely Death dot Com.

Catch them marching through New Zealand this February and March

The album has been doing wonderfully in New Zealand, having debut Top 10 in the RIANZ Official New Zealand Music Chart.

Find Me Before i Die A Lonely Death dot com is released on 12 October through Vitamin Records.

After jigglin’ hips in Berlin and beyond, Minuit, the Kiwi indie-electronic three-piece with the French name, are back to release their utterly brilliant third album, Find Me Before I Die A Lonely Death.com.
Minuit teamed up with UK producer Andy Chatterley (Kanye West, remixes for Blondie, Muse, Peter, Bjorn & John) to hone first single and album opener Wayho. From here, the album weaves a path through the vibrant underbelly of a world you’d usually have to apply for a visa for…Through the twisted synthpop of second single 25 Bucks and even tripping into stripped back, Minuit-styled, dark folk (yes, folks, folk!) of Vampires.
This is Minuit at their absolute best. 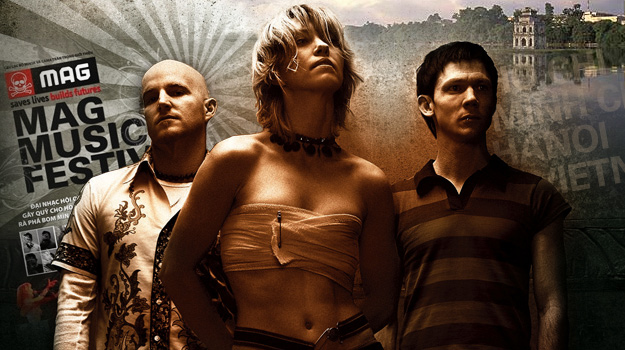 New Zealand’s leading exponents of electropop Minuit headlined MAG music festival in Hanoi and Ho Chi Minh City recently – meaning Government approval of the set list, 11pm curfews, secret after parties, ex-pat bikies and two days of live music with artists from all around Asia. The festival raises not only awareness of live music, but also funds for MAG – Mines Advisory Group – an organisation that clears unexploded mines, bombs, and grenades left behind following the Vietnam War which ended in 1975. These still pose a threat to the Vietnamese people, especially in remote rural areas.

For Minuit playing in Hanoi doesn’t seem that out of the normal – they have also played shows in Finland, Kosovo, Czech Republic and Russia!

Their third album, Find Me Someone To Love Before I Die A Lonely Death dot com, will be released in the end of June. For more info, check out the Minuit writers page.

WATCH Minuit Book of the Dead

WATCH Minuit Except You

WATCH Minuit The Sum of Us 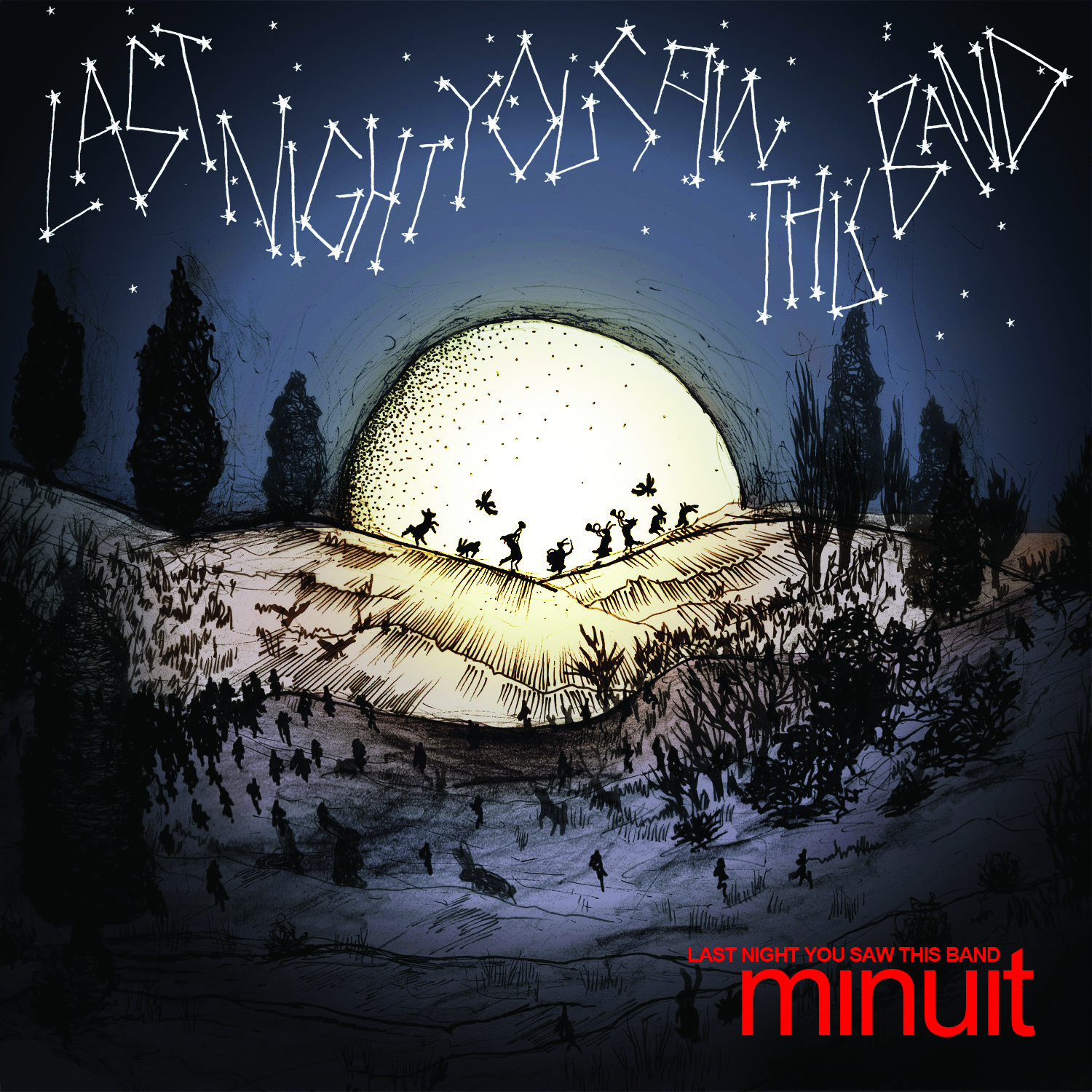 Last Night you Saw This Band

Find me Before I Die A Lonely Death Dot Com