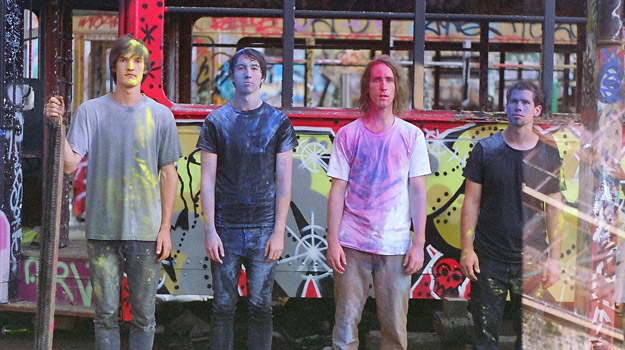 Parades are a young art rock band from Sydney who wisely choose to create their own music with no outside input or interference. Featuring Dan Cunningham, Tim Jenkins, Michael Scarpin and Jonathan Boulet — Parades’ debut album Foreign Tapes is out now via Dot Dash Recordings.

The album is expansive and ambitious; a haze of pop harmonies, post rock guitars and electronic meanderings. Drum Media did a great job describing the band when they said: “Parades create their homely tunes in a garage in Sydney’s Northwest, but it might as well be Iceland or the moon. They have an ethereal, expansive sound that is sweet and understated”
Drum Media

Following the release of their much lauded debut album Foreign Tapes, Sydney four piece Parades are proud to announce a string of shows with award winning UK outfit the Klaxons!

Parades will be supporting the Klaxons on their upcoming Sydney and Melbourne shows this September before gearing up for a Japanese release of their debut Foreign Tapes and imminent performances at the Big Sound and One Movement events. 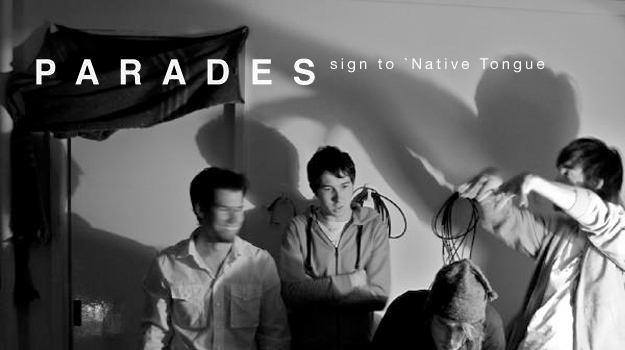 The Parades’ musical landscape is expansive and ambitious; a haze of pop harmonies, post rock guitars and electronic meanderings. The stunning debut album Foreign Tapes is one of “those records where magic & mirage can come true: great possibility exists, a real sense of wonder runs through it. But great drama also awaits.”

An early incarnation of Parades started when core members were still in high school. They’ve now morphed into an organic and expansive touring outfit, currently delighting audiences across Australia with their compelling live sets, in support of their debut album.