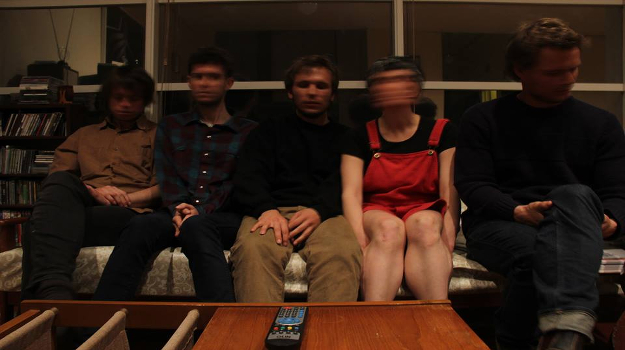 Seagull is the brainchild of Chris Bolton, a classically trained guitarist influenced as much by the sonic adventuring of minimalist music as he is by the rustic traditions of folk and blues. Beginning as a solo project in 2006, the first Seagull EP was released in 2007, making several radio presenter’s top ten list for that year, on the back of radio play on Triple R, Triple J, PBS and FBI. Songs such as ‘End Could Come’ and ‘Train Tracks’ showed the breadth of Bolton’s talent, the latter song being described by Triple J’s Zan Rowe as “…beautiful stuff. This guy is definitely one to watch.”

After the success of the EP, Seagull toured extensively alongside acts like Whitley, Touch Typist, Hazel Brown and Psuche Ensemble, sometimes playing solo (with Chris on guitar, vocals, delay pedal, and dictaphone) and often with a band which has evolved through several line-up changes to include Kishore Ryan (Kid Sam, Hazel Brown) on drums, Ed Bolton on Bass, Nick Browning on Keys, and Ruby Green on vocals/ clarinet. Seagull’s live performances have been described as “arresting…stellar stuff” (Andy Hazel, Inpress) with “a masterful blend of driving melodies, robust rhythms and earnest, heartfelt vocals” (Oceans Never Listen).

In the midst of a busy touring schedule, Seagull began recording new tracks with talented young producer Nick Huggins, who also produced Whitley’s ‘The Submarine’. These tracks would become the album ‘Goodbye Weather’, released mid-2008. The album is an 11 track journey comprised of sparse, hypnotic songs and distorted folk apocalypses laced with black wit and a tragic romanticism. Launched to an enthusiastic response at the Northcote Social Club in June 2008, the album is already garnering repeated airplay on Triple R, Triple J, FBI, and great reviews from Inpress and Mess and Noise and Wireless Bollinger (who have named Seagull one of the top ten bands to watch this year.)

Council Tree, released in 2010 was named 3RRR’s album of the week. Three Thousand believed it is “a ride well worth taking. Repeatedly.” “It’s charm springs from it’s reserve – what it leaves out gives it it’s shape.” – rhum.org. The band toured with , Seeker Lover Keeper, Whitley and Bearhug in support of this album.

Moving away slightly from the intensity of moments on sophomore album Council Tree, Seagull’s third album ‘Ocean From Above’ lulls listeners with it’s delicate arrangements and meditative spaces. The first single Ruby is accompanied by a languid, haunting video by photographer and filmmaker Stephanie Boyle, featuring a cool morning canoe journey on Swan Bay. Bolton sings songs composed in the dark cabins of night trains and empty beaches, songs about overworked taxi drivers and farmer’s wives, pre-emptive breakups, solitary singing and distortions from the void, pushing his songwriting to a new level, touching on joy, heartbreak, mania and toil, taking listeners to contemplative emotional places.

Ocean From Above was released in 2013. It’s an emotionally and musically rich album from a songwriter and band that have honed their craft over several acclaimed releases, touring with such luminaries as Seeker Lover Keeper, Bearhug, Whitley and Kid Sam.

‘Company’ is the new single from Melbourne-based band, Seagull. It is the second single from Seagull’s recent album ‘Council Tree’. 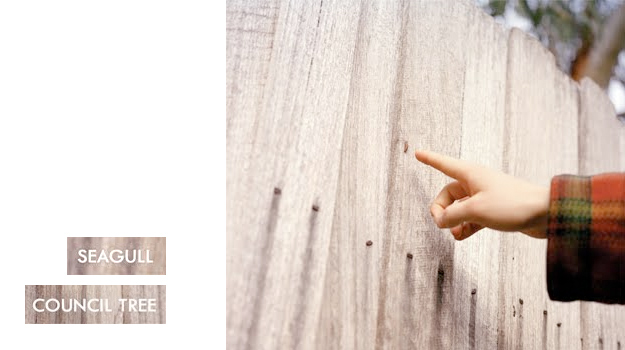 Seagull has a new LP out in July and you can get a peek at the first single Grand Mother here. Produced by Nick Huggins, it’s a low slung rock number played with typical Seagull character. 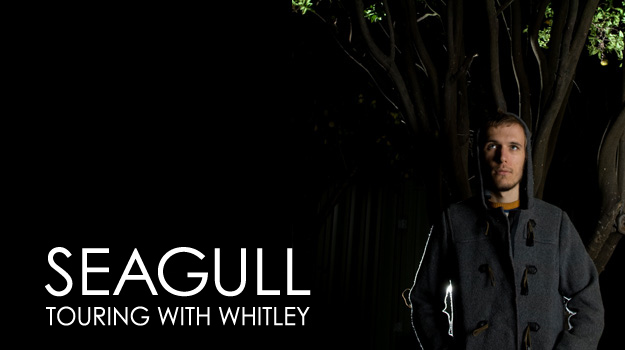 Hot on the heels of their successful national tour with Kid Sam, Seagull are on the road yet again! This time they share the stage with Whitley & Gossling, criss-crossing the country on Whitley’s Go Forth & Mammoth tour.

Hot on the heels of their successful national tour with Kid Sam, Seagull are on the road yet again! This time they share the stage with Whitley & Gossling, criss-crossing the country on Whitley’s Go Forth & Mammoth tour.

See all the tour dates here.

The most recent signing to the Native Tongue local roster is Christopher Bolton who performs under the name seagull. Chris is a classically trained guitarist influenced as much by the sonic adventuring of minimalist music as he is by the rustic traditions of folk and blues. seagull’s debut album Goodbye Weather is out now on Two Bright Lakes.