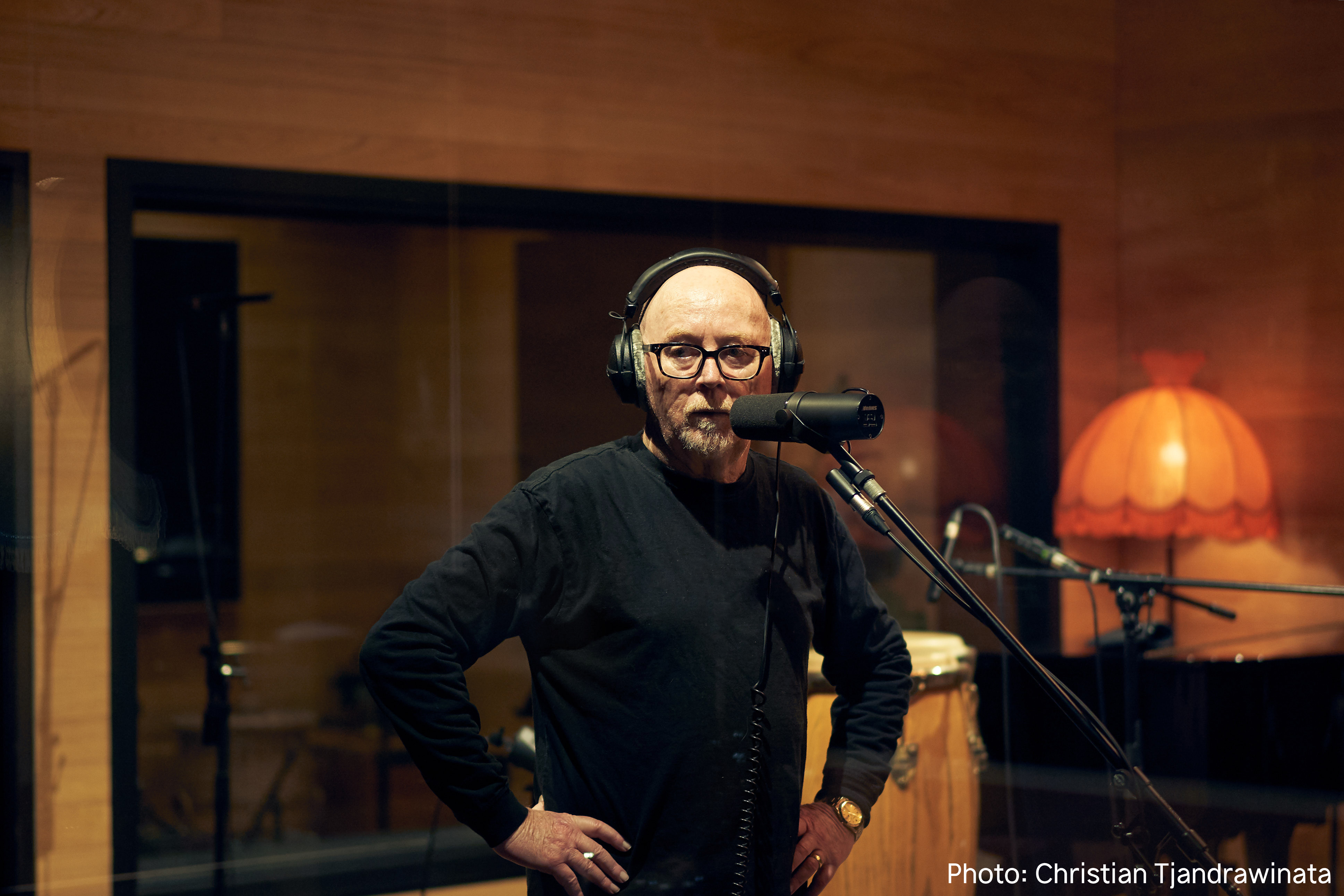 Sir Dave Dobbyn says that since day one, he has had a tune in his head. He’d be twiddling the dial on the radiogram, “travelling the world in music”. Across the road was a church, full of songs in which to hide. A shy schoolboy, he blossomed into a peroxided popstar in his first band Th’Dudes, formed with his schoolfriends in the late ’70s. Taking centre-stage with his next band DD Smash, Dobbyn made history when the debut album rocketed to No 1 in the first week of its release. As a solo artist his ‘Slice of Heaven’ spent eight weeks at No 1 in New Zealand, and four in Australia where he lived for 10 years until the early ’90s.

Dobbyn has written the soundtrack to kiwi lives, with a string of hits including ‘Beside You’, ‘Be Mine Tonight’ ‘Language’, ‘Outlook for Thursday’, ‘Loyal’, ‘Whaling’, ‘Kingdom Come’, ‘It Dawned On Me’, ‘Guilty’, ‘Devil You Know’, ‘Slice of Heaven’, ‘Magic What She Do’, ‘Oughta Be in Love’, ‘Welcome Home’… His enduring popularity sees ‘Loyal’ top polls of the Top 100 songs year on year, and he holds the most Silver Scroll Awards for song-writing. In 2001, Dobbyn was given a lifetime achievement award by the New Zealand recording industry. After a six-year gap, his 2006 album won him Male Artist of the Year and Single of the Year. ‘Anotherland’ , his 2008 release, was produced by legendary UK dub-reggae maestro Adrian Sherwood and Skip ‘Little Axe’ McDonald and recorded in London. For his 2016 release ‘Harmony House’ he worked closer to home with Luke Buda and Sam Scott of The Phoenix Foundation

In the world of pop music, longevity is rarely achieved but Dobbyn’s talents have consistently charmed their way into the consciousness of New Zealanders.

WATCH Sir Dave Dobbyn You Get So Lonely

WATCH Sir Dave Dobbyn You Oughta Be In Love

Together: Live in Concert

Beside You: 30 Years of Hits