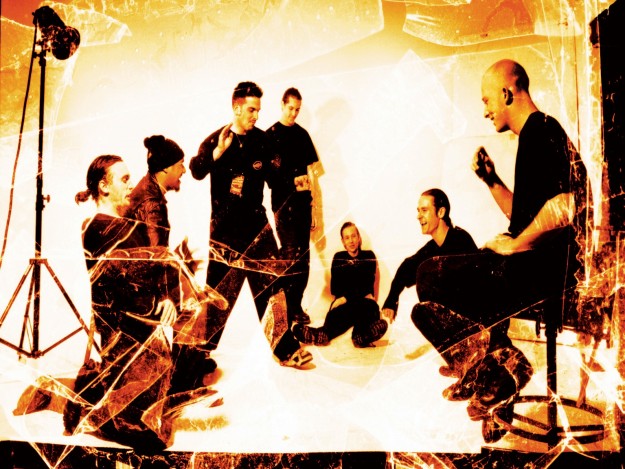 To translate Supergroove into words is no easy task. A volatile concoction of soul, rap, funk combined with a highly extroverted stage performance, Supergroove are a visual and aural explosion that leave all who have seen them ecstatic.

Supergroove revolutionised New Zealand modern rock being one of the first local bands to fuse Hip-Hop and Rock with a horn section. Bursting on to the Auckland live scene at the dawn of the 90s after gestating in their high school music room as the ‘Low Down Dirty Blues Band’, the then-teenagers had energy to burn and musical talent oozing from every drum beat, shiny sax key and funky guitar.

Responsible for a string of to-become classic kiwi anthems, Supergroove generated a staggering 6 Top 10 hits throughout the 90s. Amongst them the gold singles ‘Scorpio Girls’ & ‘Sitting Inside My Head’, platinum-selling ‘Can’t Get Enough’ & ‘You Gotta Know’, live standouts ‘Next Time’, ‘You Freak Me’ & ‘Here Comes The Supergroove’ and many more.

Their debut album ‘Traction’ (1994) debuted at #1 and remained in the chart for over 3 months and now has sold well over 5 times platinum. Extensive tours through Africa, Europe, Asia, Australia & the US followed. The follow up ‘Tractor EP’ racked up platinum sales, and their second album ‘Backspacer’, released in 1996, debuted at #2, and spawned the top 10 single ‘If I Had My Way’ plus follow up ‘5th Wheel’.

The group disbanded in 1997, with close to 200,000 albums worldwide and in 2003 they released the ‘Postage’ album, a mix of album tracks, single cuts and b-sides, before supporting Crowded House In October 2007. 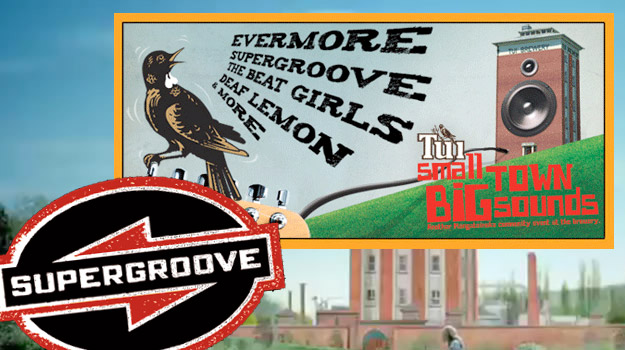 The Tui Small Town Big Sounds concert will return to the Tui Brewery in Mangatainoka in New Zealand on Saturday 27 February. Kicking off at 1pm on the front lawn of the iconic brewery, Supergroove will join the lineup of Evermore, The Beat Girls, Cassius, Skaper, Deaf Lemon, with more to be announced.
For more information click here.

WATCH Supergroove Sitting Inside My Head