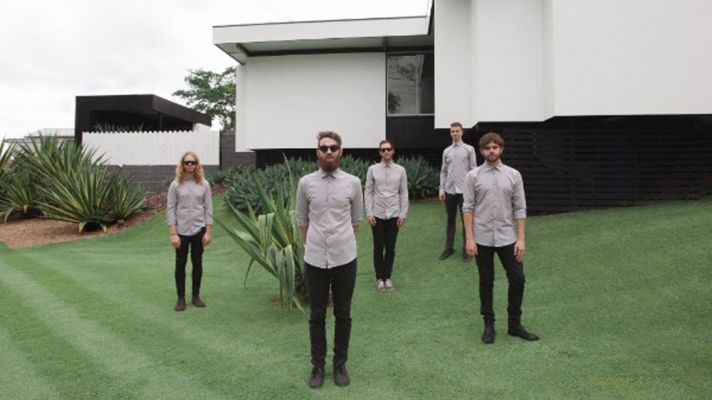 “Midnight At The Plutonium” is the latest album from The John Steel Singers.

It’s a new direction in sound for the beloved Brisbane band who for the past few years have been exploring more 70’s funk & soul inspired records, melding them with their signature sonic personality to form a new post yacht hybrid.

The triple j Unearthed J Award winners are no strangers to developing their sound. 2010 saw the release of Tangalooma which was produced by Robert Forster, and in 2013 they released a more psychedelic self-produced record called “Everything’s A Thread”. The latter was produced in a make-shift studio in guitarist Luke McDonald’s parents’ house on the Sunshine Coast. This is where they cut their teeth on building a studio and eventually built a real one in Kelvin Grove, Brisbane called The Plutonium. Many acts have come through its doors so far, including Cloud Control and Blank Realm, but the album that quite literally has made the studio it’s home is “Midnight At The Plutonium.”

Midnight At The Plutonium