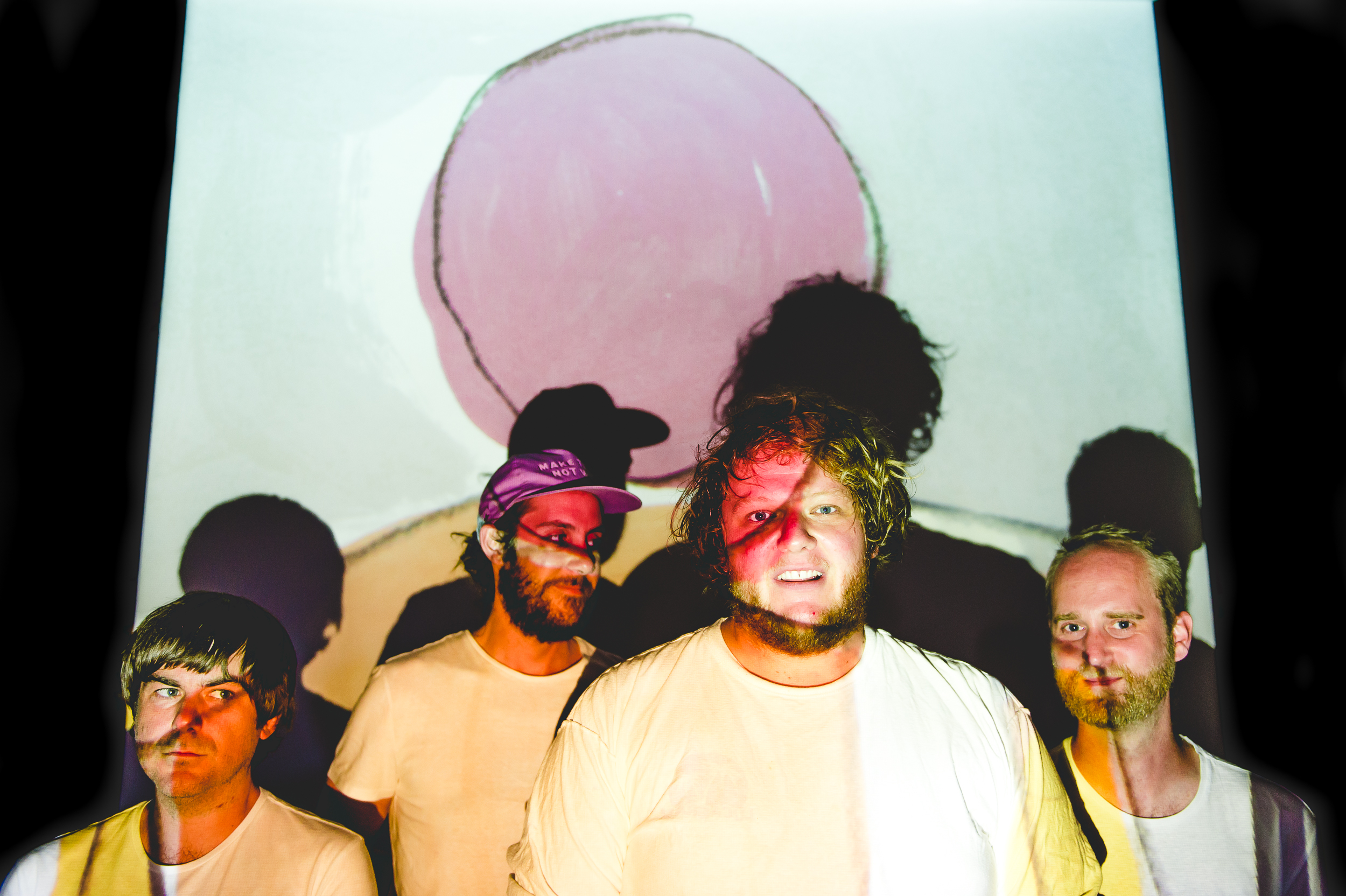 “More Scared Of You Than You Are Of Me”, the new record from The Smith Street Band is at times dark, ferocious and heavy, while also being joyful, cheeky and full of the underdog spirit that made the band who they are. This record, the band’s fourth, embodies the cohesion and growth shown by the band both musically and lyrically. Known for their breathless touring schedule the album was pieced together in the stolen downtime between their famously frenetic live shows.

The album’s twelve tracks follow lead singer Wil Wagner, more relatable and vulnerable than ever, as he tells the story of a relationship. While their past albums have had stories scattered through the songs, More Scared Of You Than You Are Of Me follows a powerful narrative that is defined by Wagner’s heart-on-your-sleeve lyrics and frantic delivery of the words that mean so much to him. On top of Wil’s growth and development as a songwriter the band are in powerful form after years of consistent touring. They have expanded their unique sound to fit in choirs, string sections, even synthesisers and electronic drum kits. They have recruited special guests vocalists and also filled their now famous sing along choruses with talented friends, all joining in on the band’s clear and powerful vision. This is The Smith Street Band at their passionate, heartbreaking, hope-tinged best.

The album is about life. About relationships. The good bits, the bad bits, what you learn about yourself and what you come to learn about others. Coming out the other side of a love that was simultaneously devastating and life-affirming. Playing shows in French villages and massive festivals. Sleeping on rooftops in Brooklyn and in the back of vans in Budapest. “It’s about how life can be fun and also totally fucked.”

The first taste from the album, ‘Death To The Lads’ was released in November 2016 and instantly became a fan favourite in the band’s live set with its call-to-arms chorus, again displaying songwriter Wil Wagner’s knack of serendipitously turning blight into beauty. “It’s mainly about growing up and changing,” he says of the song’s themes, “admitting we make mistakes and trying to improve ourselves.” The track, two months later, appeared in triple j’s Hottest 100 at #21.

Featuring Jess Locke, ‘Birthdays’ followed in February, a song about a chance meeting on a pier in Hobart. Highlighting some of the lighter sides of the album which sees Wagner imagine an idealised relationship and calling out “I don’t mean to put the pressure on, I got a few names for a daughter, can’t think of one for a son.”

The album touches on darker sides with ‘Suffer’. It’s dirty and heavy and Wagner screams the cutting refrain “You’re the worst thing that ever happened to me.” Whilst one of the album’s slower moments, ‘Run Into The World’ is a swaying track that features close friend of the band and New York solo artist Laura Stevenson, and You Am I’s Tim Rogers.

Wagner recounts the lyrics on ‘Shine’ as some of his favoured on the album. “Down here in the flight path, we do our best” referring to himself and band mates, being happy in the underground, not worrying about what’s happening out there, above, just staying focused on making “good shit”. ‘Young Once’ was written on a summer afternoon when the band were all hanging by the pool. There’s something really nostalgic about the light and the way the air feels on a hot late afternoon in Australia. It’s about how you don’t realise the best time of your life is happening til it’s already happened. “It’s also about insecurity, but so is everything I write!”
 
The album ends with ‘Laughing (Or Pretending To Laugh)’. The story of one night in New York. “Playing a show in New York, sleeping on the roof of an apartment building in Brooklyn with a girl I’d had a crush on for years” tells Wagner, “I started writing the song as soon as I got in the van and we started driving away. The version that is on the album is the first time the band played through the song when we were demoing at a rehearsal room in Melbourne. But there’s something really special about this recording, it’s more tender and fragile than our normal performances because we are still feeling out what we are gonna play, no one is playing with a huge amount of confidence cause we are all still learning the song.”

“More Scared Of You Than You Are Of Me” is an exploration into love, anxiety, relationships and nostalgia, following on from where 2014’s breakthrough album, “Throw Me In The River” left us.
From enormous festivals like Reading and Leeds (UK), Groezrock (Belgium) and Splendour in the Grass to stageless squats across Europe and American dive bars, the Smithies have seen it all and they’ve poured those experiences into their boldest and most ambitious release to date. 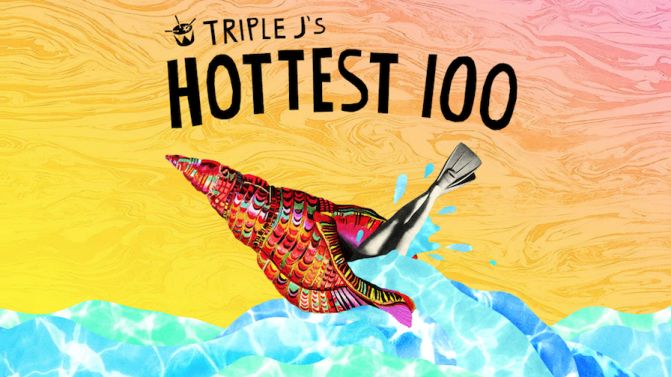 Triple J’s Hottest 100 has come to a close for another year. Congratulations to our writers, SONGS Music Publishing’s writer Lorde, Lucky Number writer FTSE and Ultra Publishing writer Rennel Walker-Arthur who scored a place in the countdown.

The nominees for the 2017 J Awards have been revealed this morning.

Native Tongue would like to congratulate our writers Alex Lahey, Ali Barter, The Smith Street Band and Jen Cloher on their nominations. Vera Blue has also been nominated for Perennial (co-written by Native Tongue writers Helen Croome, Andy Mak and Thom Macken)

The winners will be announced at the J Awards ceremony and live on air Thursday 23 November.

‘Death To The Lads’ by The Smith Street Band has scored them a nomination for Best Song.

Voting is now open here. Winners to be announced on November 22nd at 170 Russell. 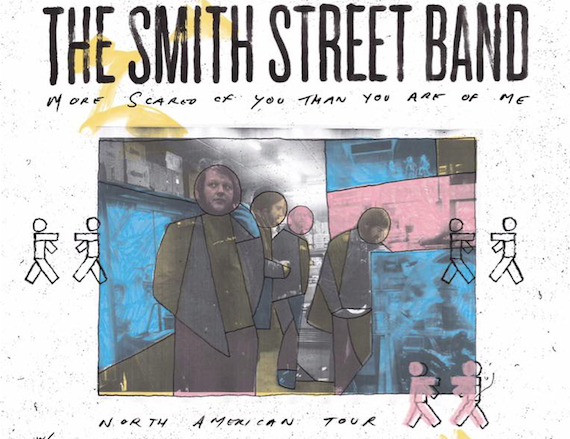 The Smith Street Band will return to the states this September for a full U.S. headlining tour.

Their trip will also include a performance alongside Australian rock legends Midnight Oil at The Greek Theatre in Los Angeles on August 19, and a stop in Chicago for the city’s annual Riot Fest.

The Smith Street Band’s fourth album “More Scared Of You Than You Are Of Me”, released in April, debuted at #3 on the ARIA chart in Australia.

In the States, the album has been quietly taking the country by storm. Between a debut performance at this year’s Riot Fest in Chicago, IL to a very public display of admiration from Ryan Adams, it seems clear that The Smith Street Band’s years worth of touring overseas is finally paying off.

WATCH The Smith Street Band Death To The Lads

WATCH The Smith Street Band Get High, See No One

More Scared Of You Than You Are Of Me

Throw Me In The River