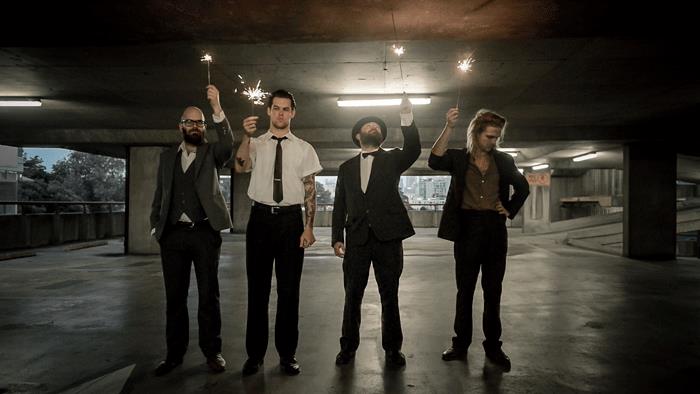 Since 2007, The Snowdroppers have travelled and conquered the musical landscape of Australia many times over – building a loyal fan-base and tearing down stages with a shambolic grace all their own.

2015 sees them ready to release their third studio album BUSINESS – a pop soaked song bible that distils their live energy and unorthodox interpretation of rock n’ roll into a triumphant collision of potent song writing and discordant raw power.

Following their first two acclaimed albums (2007’s Too Late to Pray and 2013’s Moving Out Of Eden) BUSINESS once again reveals the band’s dogged refusal to repeat themselves sonically – this time unleashing an unpredictable fusion of everything from classic soul and r’n’b, fuzzed-out stoner riff-rock to distorted country.

Initial discussions regarding the bands desired direction for album #3 resulted in a clear mandate: take that storied live show and bottle it. With that in mind, it seemed a no-brainer to work with producer Ryan Hazell, the Snowdroppers’s long-time live engineer.

With Hazell (The Drones, The Fumes) at the helm, the band crafted the album for months in the rehearsal room before taking it to The Grove Studios and Ivory Lane Studios on the Central Coast of NSW.

This time around it was simply a case of finding the songs’ true razor-sharp hooks as four players in a room. Work begun by shearing the tracks down to their bones – honing in on the groove and the feel above all else. The band then spent night after night playing into the small hours, finding just the right balance between focus and delirium to do the songs justice.

With BUSINESS, The Snowdroppers have crafted the perfect album to accompany Friday’s first taste of liquid freedom after a long week at the grindstone. A cathartic record equal parts raucous celebration and pleading heartbreak.

First single, the pounding four-on-the-floor, wall of guitar driven LOVE LETTERS is set to hammer the airwaves at any moment, a hard release date is set for Sept 4 through Four | Four Records, and a re-energized band is ready and raring to tackle the live stage again.

New albums from Gin Wigmore and The Snowdroppers out today 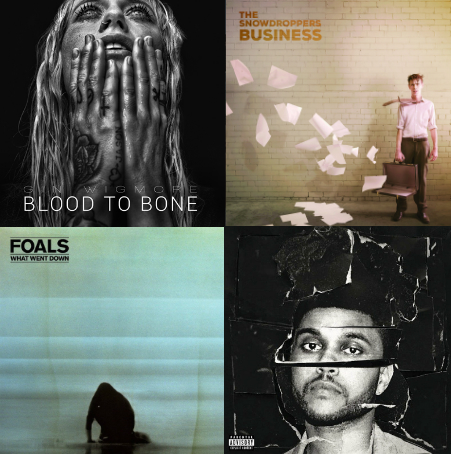 Following a #1 debut on the NZ album chart, Gin Wigmore’s highly anticipated album ‘Blood To Bone’ is out today. The latest offering from the New Zealand songstress features singles “New Rush” and “Written In The Water”

Also out today, ‘What Went Down’ from Foals (Because Music) and ‘Beauty Behind The Madness’ from The Weeknd (SONGS Music Publishing).

WATCH The Snowdroppers Do the Stomp

Moving out of Eden

Too Late to Pray