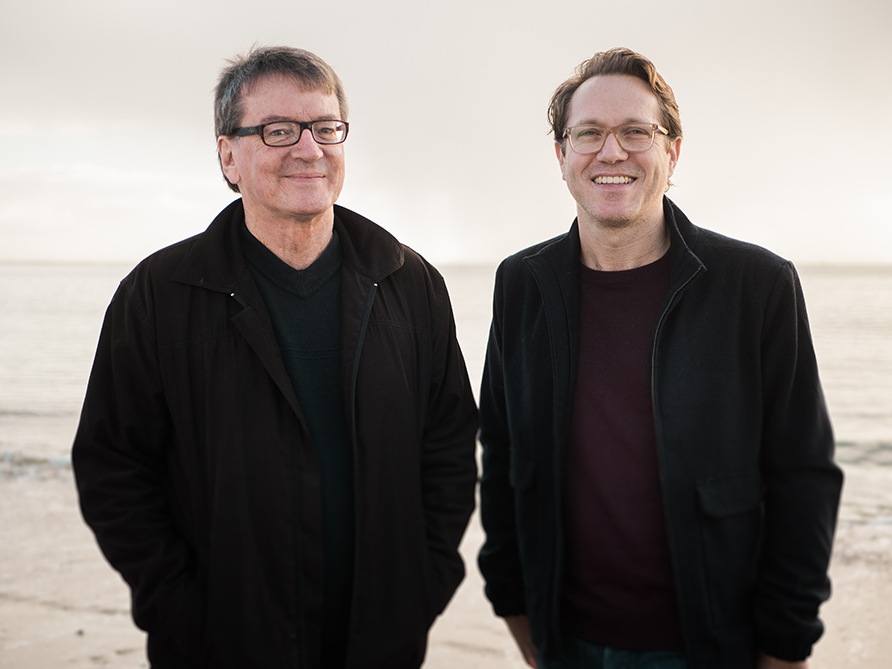 
Est. in 2003, The Sound Room is run by Tom Fox & Marshall Smith who write high quality music and sound design for film, TV, games, theatre, artists and bands all over the world – based in Auckland, New Zealand.

Tom has 30 years of experience in the music industry, having been involved in the writing and production of songs, film and TV scores as well as being a highly rated session guitarist, programmer and specialist in world music. Tom has been part of a number of chart topping songs. Weeping, a song originally recorded and sung when he was a member of the band Bright Blue was recorded by multi-platinum selling artist Josh Groban and produced by Glen Ballard. This album went to #1 on the US charts and to date has sold in excess of 4 million copies.

Marshall is an award winning singer/songwriter who won a place at the Berlinale in 2016, an ART Venture Award in 2012 for creative entrepreneurs and was granted a Professional Development Award in 2011 from the NZ Film Commission. He has also been a finalist for song of the year in the APRA Silver Scrolls (2004). Marshall is co-founder and Chairperson of the Screen Composers Guild of New Zealand.

The Sound Room has two recording studios in Auckland with a range of other studios at their disposal for larger projects if required. They work with a fantastic network of top musicians to help bring your vision to life.

Tom and Marshall pride themselves on working with warmth, integrity and honesty; creating beautiful music on time and on budget for clients big or small.