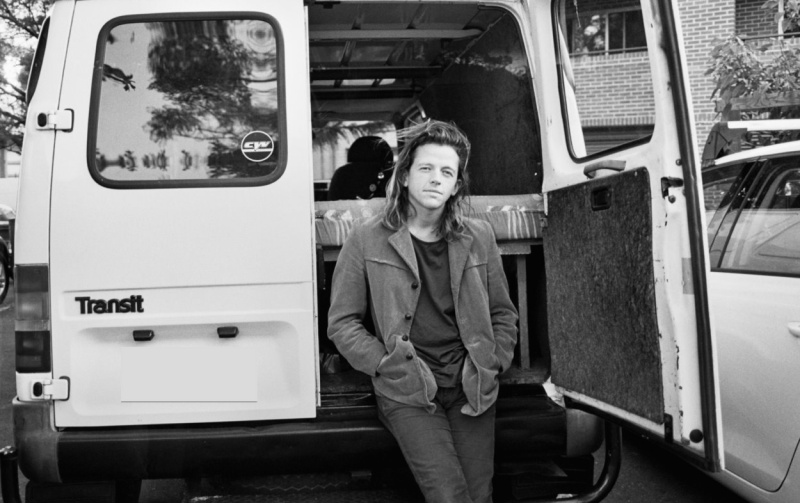 Growing up in Sydney’s suburbs, a young Thom spent countless hours listening to cassettes he would scavenge from neighbourhood garage sales; a staple diet of Elvis Presley, Roy Orbison and The Temptations. By the time he reached high school the old favorites had been replaced by the rap records of the day, Dr Dre’s ’The Chronic’ and Wu-Tang Clan’s 36 chambers, but were now enjoyed with an equal measure of classic sixties rock of The Kinks, Big Star, and The Velvet Underground.

As frontman and songwriter for Mercy Arms, Moore signed to Capitol Records in the USA, recorded with Scott Horscroft (The Presets, Silverchair), Dave Sitek (TV On The Radio, Yeah Yeah Yeah’s) and finally Tony Cohen (Nick Cave & The Bad Seeds) who went on to produce their self-titled Triple J Feature Album ‘Mercy Arms’. Moore spent the next few years touring with Mercy Arms, including national tours of Australia and international touring in the US, UK and Europe, playing shows with The Pixies, The Horrors, Editors and Cut Copy.

In 2009 Moore left the group to pursue other musical interests, forming Canvas Kites and releasing the track ‘Wayside’. The song received high rotation on Triple J and attracted overseas interest allowing the band to relocate to London. After nine months living in London’s east end, recording with Marc Waterman (Ride, Elastica) and showcasing for labels, Moore found himself disillusioned with the industry and missing a home that had never seemed a long way away.

Moore’s most recent project is Wild Honey. The project marks a return to the studio with ex-Mercy Arms bandmate Julian Sudek, joined by guitarist Adam Della-Grotta (The Mountains) and bassist Jesse Lyleson (Tequila Twins). United by a shared love for The Velvet Underground and Slight Vee’s bottoms, the band released their debut album in 2017.