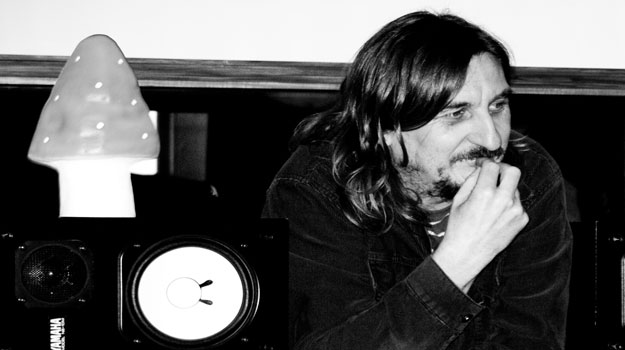 When it comes to music, you could call Wayne Bell a jack-of-all- trades.

Bell started performing at an early age: by the age of 13 he was drumming in pubs with musicians many years his senior. Through mid eighties Bell drummed for several years in the highly successful ensemble Cats Way, the biggest gig in the country at the time. Later Bell recorded and toured with the cream of New Zealand musicians such as Bic Runga. Greg Johnson, Dave Dobbyn and the Tim Finn/Bic Runga/Dave Dobbyn trinity. Bell currently presides as a member of Native Tongue acts The Bads and The Calico Brothers.

Having forged a path as a sought after producer, Bell has lent his skills to such acclaimed albums as Jan Hellreigel’s All Grown Up, Andrew Keoghan’s debut Arctic Tales Divide, Gin Wigmore’s Extended Play and worked with artists Annah Mac, Lisa Crawley, Victoria Girling-Butcher and Ted Brown.

Bell’s writing experience is vast. He has been writing jingles and music for film and television for the past twenty years. Credits include Burying Brian, Te Radar’s show Homegrown the soundtrack to television lifestyle series Coasters, hosted by Al Brown. Bell is currently working alongside Callie Blood scoring music for the highly rated South Pacific Pictures television series Nothing Trivial.