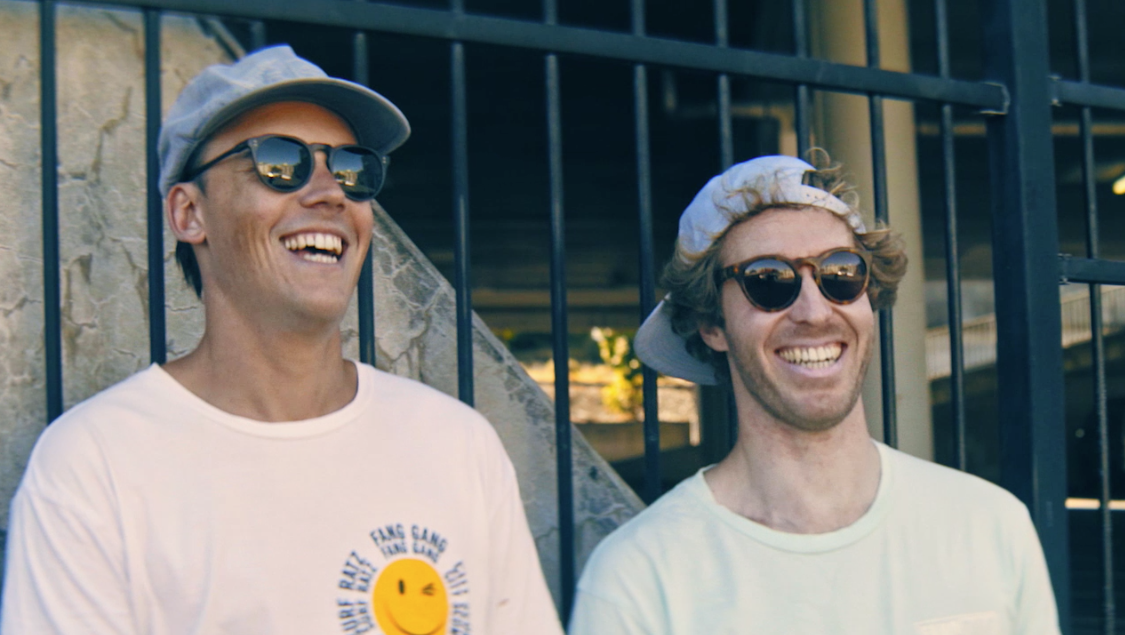 The sea, the sand, reverberating guitars, bass, synth keyboard and looped samples, Surf Friends have it all.

The two-piece of Brad Coley (guitar, vocals, keys, harmonica, drum machine) and Pete Westmoreland (bass, keys, vocals) formed in 2009, with their distinct take on the best post-punk inspirations and surf psychedelia to match.

Drawing from the influences of Flying Nun bands such as The Clean, Surf Friends have also been compared to Joy Division and New Order. The immense energy from their live shows has been wonderfully captured on their brilliant releases including Confusion 2010 and Endorphins 2013.

Their latest album, Doing Your Thing is their second album release on the iconic NZ label, Flying Nun.

Doing Your Thing is filled with pop hooks, dreamy instrumentals and sonic haze and aptly reflects the ecstatic energy of sun, sand and sea and to quote the band: an ‘explosion of epicness’.

You're On My Head